A local cancer charity is working in partnership with Stratford-upon-Avon College to raise money to enable children and young people living with cancer to rebuild their strength and confidence.

The collaboration between Cyclists Fighting Cancer (CFC) and the FE College has resulted in the upcoming CFC Race Across America Dinner dining event, offering a themed five-course menu served in the College’s Academy Restaurant. Due to take place on Thursday 17th May from 6.45pm, the dinner is the brainchild of Dave Saul, Catering lecturer at the College, and his students.

A keen cyclist, Dave found himself inspired to organise the event after he signed up as support crew, including acting as chef and driver, for CFC’s upcoming Race Across America attempt. This gruelling race will see CFC’s four-person team compete in the 24-hour-a-day seven-day relay from California to Maryland. The route traverses three major mountain ranges, crosses four of America’s longest rivers, and passes through such iconic American landmarks as the Mojave and Sonoran Deserts, Monument Valley, Great Plains and Gettysburg. 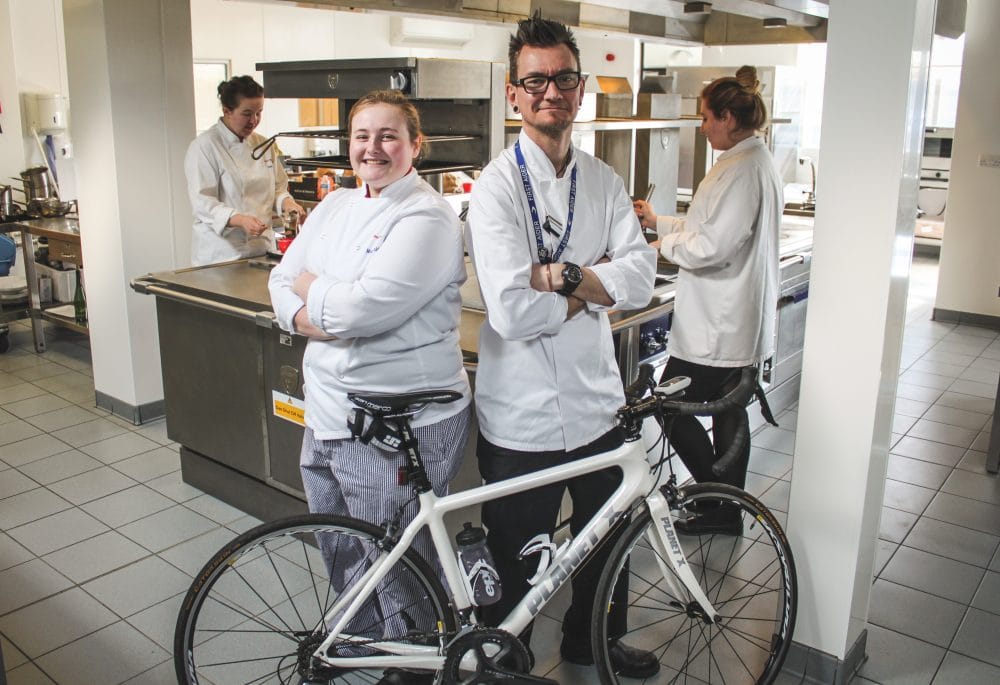 Dave is totally committed to the project: “I chose to support CFC because I’ve had various family members who have been affected by cancer. As a parent, I can’t imagine anything worse than having one of your children diagnosed with cancer. I’m immensely proud of the students for getting behind the project with such enthusiasm and dedication.”

In honour of Race Across America, the dinner will follow a culinary journey that reflects five of the twelve states the riders will travel through, with courses influenced by Virginia, California, Arizona, Kansas and Maryland.

Professional Catering student Melissa Summerfield, 18 from Stratford-upon-Avon, is delighted with the quality of the menu she and her fellow students have devised alongside Dave. “We’re using our culinary skills and imagination to create a unique menu that will represent the Race Across America route, and we’re working really hard to perfect all our dishes so that the dinner is worthy of cycling champions.”

All proceeds will go directly to CFC as the race is fully funded by the charity’s sponsors LifePlus Europe. CFC has a target of raising £100,000 which will support 21 children’s oncology units throughout the UK, providing services such as bikes and specialist rehabilitation equipment to help young people fighting cancer regain their physical fitness.

Mike Gristenthwaite, CEO of Cyclists Fighting Cancer, said, “We’re delighted that Stratford College will be supporting us with a CFC charity dinner. It really is wonderful for staff and students to give up their time to help children and teenagers living with and beyond cancer.”

To book tickets for the CFC Race Across America Dinner, please go to https://www.riderhq.com/events/77516/race-across-america-dinner 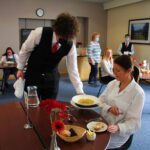 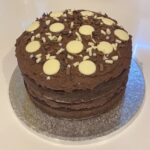 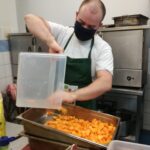 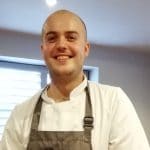