Liam Clarke, 21 from Studley, secured his dream job in September when he became the latest host of ‘First Break’ and he is already winning listeners over with his enthusiastic and passionate presenting style. Liam describes the show as a platform for new music and explains: “I like to joke around so it’s quite light hearted but it provides a great platform for unsigned artists. Also, if our listeners aren’t sure what to do on a Friday or Saturday night, we’ll tell them where the best gigs are. It’s all about the community and we’re here to support the local music scene.”

Just a few months ago Liam was a student at Stratford-upon-Avon College. He started in September 2012 at the age of 16 to study BTEC Creative Media, and then progressed to an HND in Creative Media Production, graduating in June this year.

During his four years at the College, Liam covered every aspect of media production and was involved in many exciting projects, including a six-hour Children in Need radio broadcast. He was also encouraged to create his own show – Liam Live, in which he showcased new artists and which he uploaded to YouTube. “I started with two listeners – one of which was me – but by the end of the series I had 2000, so I learnt a lot about how to build an audience.”

He singles out Reverb, the College’s student TV music show, as his favourite experience and “one of the very best projects you can be a part of.” Based on BBC2’s Later Live with Jules Holland, Reverb promotes new music by showcasing different unsigned live music acts each week and includes interviews with band members. Liam is still in touch with many of the acts he worked with on Reverb, and they are now joining him again on First Break.

He is certain that his time at the College has helped prepare him for his presenting job. “My training at College means that I have both radio and TV experience which is really what they were looking for. They needed someone who has a good understanding of radio but can also film and edit video content too, to be uploaded online. The College course was very practical and hands on so I have all the experience I need.”

Liam is full of praise for his former teachers: “One of my lecturers, Phil Middleham, was tremendously helpful. He had me working on projects for Stratford TV within the first few weeks. His advice and teaching really allowed me to push myself and get to where I am now. He’s one of the best lecturers you can have and he has real credibility in the industry.”

While this is Liam’s first professional role as a DJ, he got an early start at Evesham Hospital Radio where he presented the breakfast show at the age of 16. After emailing several stations, he was invited into the hospital’s studios to sit in on a few broadcasts, and an initial song introduction gradually grew into being offered his own show. “Every Sunday morning I’d go along with a bag full of my parents’ CDs! It was a lot of fun and gave me a great start and insight into radio.”

After leaving College, he was put in touch with The Breakfast Show’s presenter Oli by one of his lecturers, and was offered an internship which led to his current First Break presenting role.

How does Liam see his future? He is firmly committed to his career and, for now, is very happy presenting his radio show. His immediate goal is to keep increasing listener numbers of First Break and achieve the recognition of hosting a show that is really important to the local community. “I see it as an art form. The challenge is to paint a picture in someone’s head just with the language you use. My hero in radio was always John Peel. I even listen back through his shows now as inspiration. I love to create that personal touch for the listener and talking to them one-on-one.”

Liam would like to present The Breakfast Show, following in the footsteps of its current presenters Oli and Simon, who started out on First Break themselves.

In the longer term, he is unsure if his ideal job lies in radio or TV, but he would love to work at a national radio station: “My dream has always been to host the Radio One breakfast Show and replace Jools Holland on Later Live. Quite ambitious I know!” 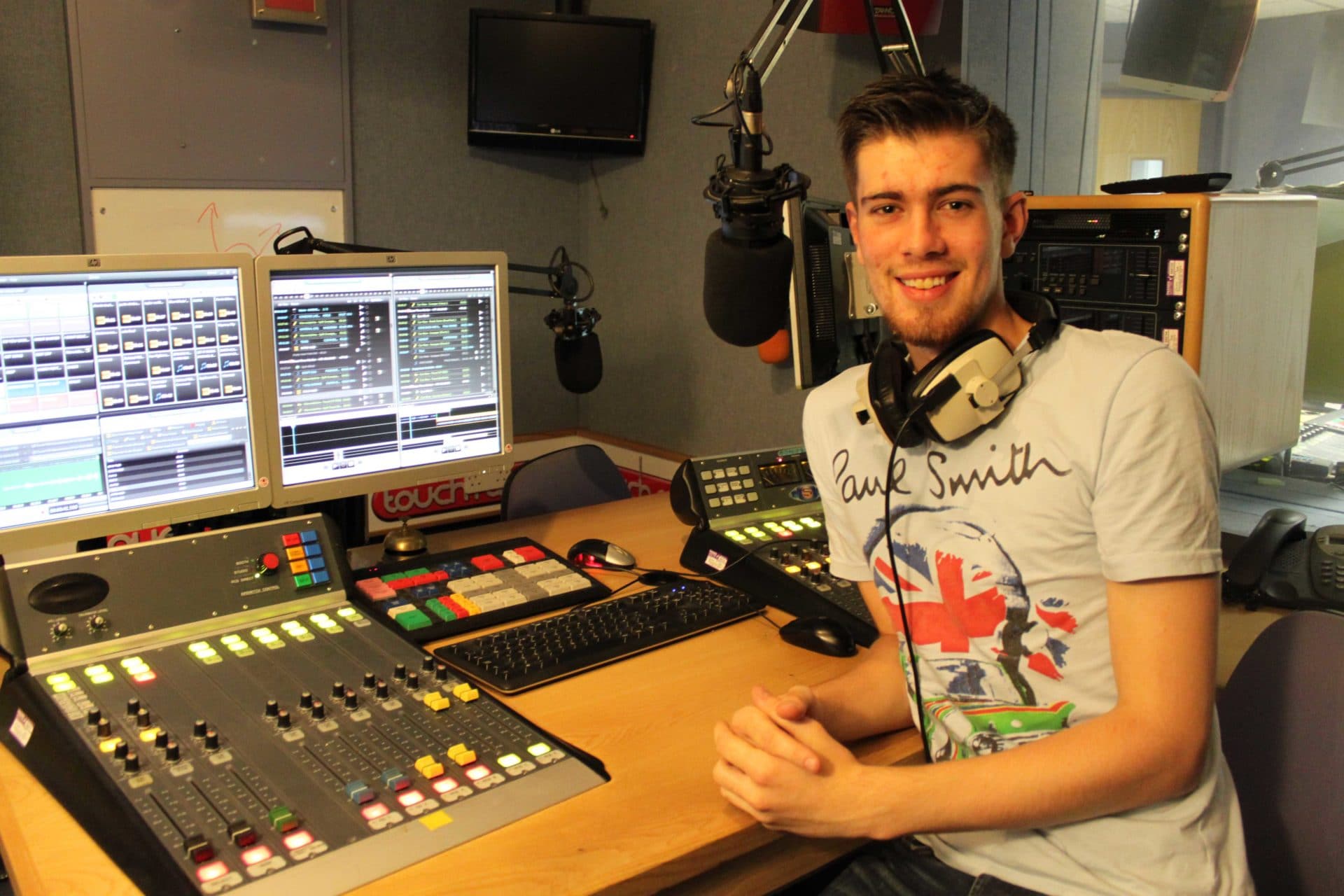