A local chef’s career is soaring after living a jet-set professional lifestyle across the UK, Australia, Thailand and the Philippines. Martin Bower is still only 35, yet has gained over 15 years’ experience in kitchens in many 4- and 5-star hotels and resorts, and has now risen to the position of Executive Head Chef at the Crimson Hotel in Manila.

Martin was born and raised in Rugby, Warwickshire, where he first gained an interest in catering while cooking with his family and next door neighbour. “I always had a fascination with food and that grew as I entered my teens, working in a small restaurant and our local family-owned butcher.”

Professional training for Martin began at Stratford-upon-Avon College, where he studied for an Advanced Culinary Diploma. He sees the course as a great foundation to begin a career within the catering industry and particularly remembers travelling around Europe, experiencing different cultures and cuisines on trips the College organised each year.

“It gave me a taste of what was expected, and completing work experience as part of the course really showed what would be expected of me when entering a professional kitchen. The most important thing I learned at the College was teamwork. Within the fast-paced environment in which we were aiming to work, this is essential.”

Following his training, Martin worked for two years in the kitchens of Executive Chef Michael Quinn at the Randolph Hotel in Oxford. It was here that he discovered his style of cooking which he describes as classically British with an added Mediterranean feel. Martin’s rise through the ranks was swift and he gained his first Head Chef position aged 25. Since then, his career has continued to go from strength to strength and it has taken him across the world, his talents earning him accolades such as Rosette awards in many of the restaurants he worked in.

Despite the many years of hard work it has taken Martin to gain such achievements, he still enjoys his job as much as ever. “Having the opportunity to work outside the UK first in Australia, then Thailand and now the Philippines is a dream come true. When I started out as a trainee chef all those years ago, I never imagined it would lead to working in exotic places around the world, doing the job I love.”

Martin appreciates the importance of the training he received at the College, which he would recommend as a very positive first step into a highly competitive industry. He recognises the important part played by his lecturers: “The support I receive from them, even now – 16 years after leaving the College – is truly amazing. They continue to keep a close eye on my career to see how I’m doing.”

Martin in turn now helps to develop the skills of the next generation of caterers. He visits schools throughout Manila, and works closely with Far Eastern University and De La Salle University, to give lectures on the hospitality industry and present cooking demonstrations to aspiring chefs. “When I was training at the College, I was fortunate enough to have excellent mentors and teachers. Working with the students gives me a great sense of satisfaction and seeing them grow into good and passionate chefs is a very satisfying experience.”

We look forward to hearing about Martin’s continuing successes in the future. 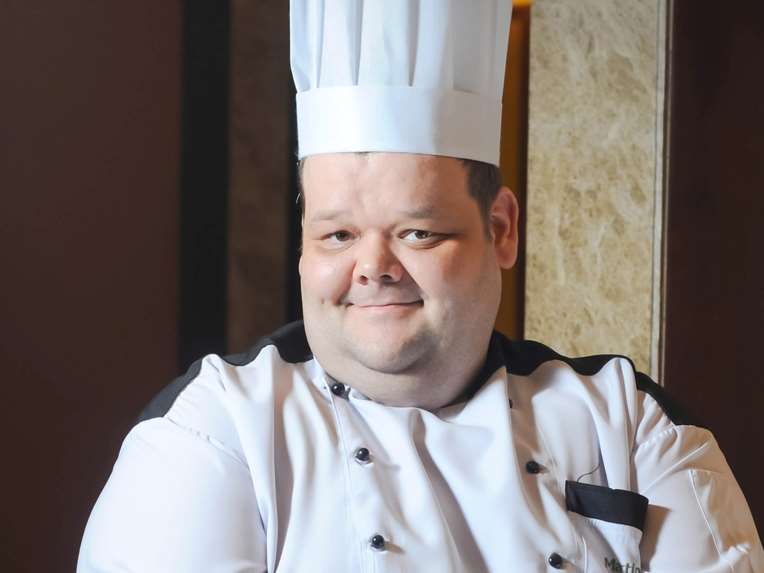