A young Stratford-based film director has received an award at a national film festival celebrating his cinematic prowess.

Alexander Eves, aged 19, received the Best Director – Drama prize at the Royal Television Society’s Young People’s Media Festival held in Sunderland. Alexander, who studies Creative Media at Stratford-upon-Avon College, was stunned to hear his three-minute short film Bloom received such a prestigious award at the ceremony. “I was so surprised to hear I’d won. The standard of competition from the other nominees was incredibly high.”

Bloom chronicles the life of a man who finds himself living as the last human on Earth. Despite the many difficulties he faces, the character realises that he actually leads a happier existence now that he is detached from the trappings of modern culture and technology.

Discussing the genesis of the film, Alexander said, “I was initially inspired by a video I watched on social media which discussed the detrimental effect that mobile phones have on people. I had already created a film trailer for the story as part of a previous project, and I decided that I wanted to expand on the idea and apply the skills I’ve developed on my College course to a new interpretation of the project.

“My Creative Media course has given me lots of practical experience and support throughout the development of the film. The lecturers really helped me to get a sense of how to produce a film professionally with effective camera and sound techniques.”

The film was produced as part of his College course, for which he was assigned the open-ended objective of creating a three-minute short film with a narrative.

Alexander, who is currently compiling a portfolio of his work with the aim of working in the film industry as an editor, can’t wait to move on to his next production. “I’ve learnt so much throughout the process of making Bloom. I’m excited about getting started on my next project and seeing if it gets noticed at any future festivals.” 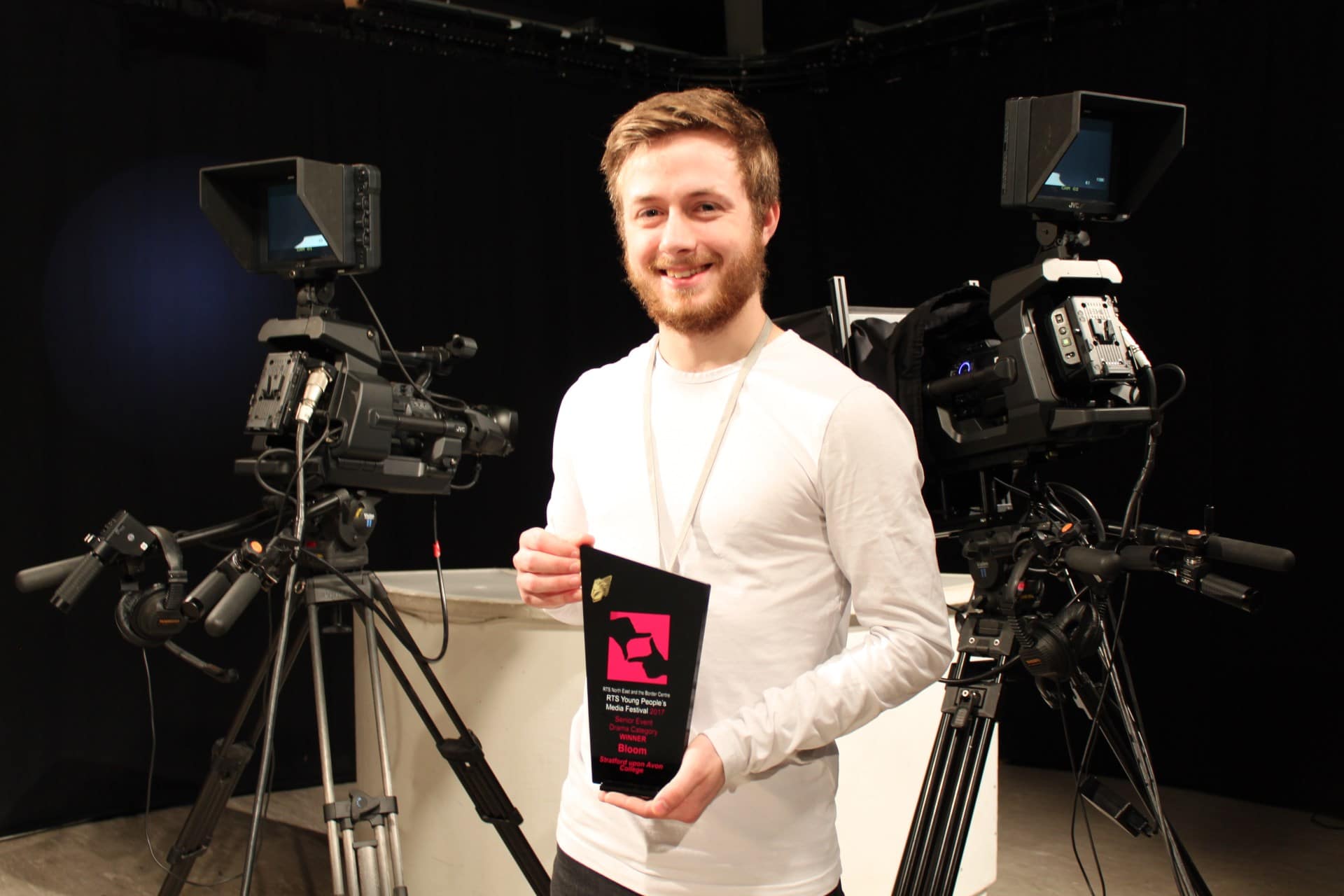