One of the UK’s youngest chocolatiers has realised his dream of setting up his own business.  16-year-old Joseph Vaughan, an apprentice at Stratford-upon-Avon College, has just opened 1683 Chocolate Place in Knowle High Street, Solihull.

Joseph gained his GCSEs at Solihull School and is now completing his Business Administration Apprenticeship at Stratford-upon-Avon College whilst creating mouth-watering chocolates and running his shop.

The Grade II listed building became a chocolate shop on September 4th and is already proving a tremendous success.  Its range of chocolates, handcrafted on the premises from the finest Belgian chocolate, includes both established favourites such as fruit creams and original recipes which Joseph has developed himself.  He also creates custom-made chocolates for special occasions such as weddings and corporate events.

According to Joseph, his best-selling chocolate is Strawberries and Cream, while his favourite to make is Raspberry Chocolate – “it’s full of flavour with an amazing centre.”

Joseph, who originally wanted to become a chef with his own restaurant, explained that he was inspired to become a chocolatier last year after he enrolled on a chocolate course.   Qualifying as a chocolatier required intensive training, learning the many processes involved in making the perfect chocolates.  “I had to study at the Chocolate Academy in Banbury as well as taking several other courses privately. It’s taken me a whole year of solid research and experimentation to get to where I am now.”

Joseph is grateful to the College which has been tirelessly supportive of his aspirations, from helping with social media promotion to the completion of apprenticeship assignments.  “They’ve been incredibly helpful.  It’s hard work.  I’m at the shop full time – often a lot longer than the normal working day.  I have to replenish the stock because it sells so quickly.  Then I have to go home and start my apprenticeship work.  The College has helped me every step of the way.”

Despite his young age, Joseph already has a clear vision of his future and plans to build on his current achievements and success.  “Owning my own shop was always a goal of mine.  I’d like to open a couple more shops in the future – who knows maybe even in Stratford.” 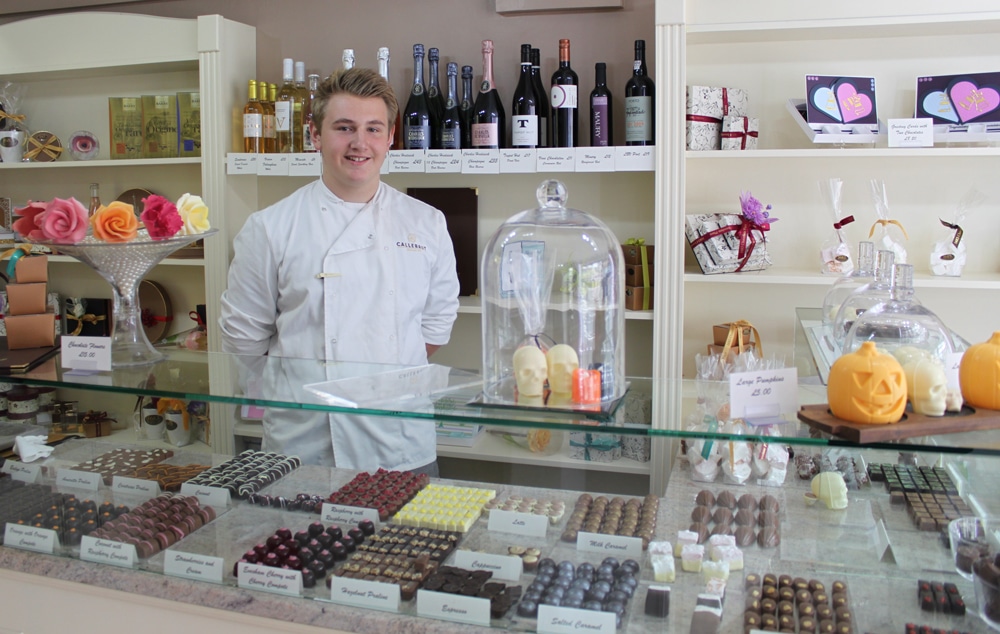