From Shakespeare’s Verse to Pop Verse

From Shakespeare’s Verse to Pop Verse

Stratford-upon-Avon’s most famous son has paved the way for a new popstar.

Alex Cottom, an Acting student at Stratford-upon-Avon College, is a member of an up-and-coming local band managed by world famous songwriter Kasey Monroe, who has worked with bands ranging from Busted, McFly to Union J and now …The Verse.

According to Alex, 18 from Redditch, The Verse, whose four members are all students, owes its style of music to pop with some indie rock influences: “We do main-stream pop and we’re aiming for the charts”.

Alex first met Dean and JT when he was looking to join a new band and was put in touch with them by College friends. They were then joined by Jack who had appeared on The X Factor in 2016 – “we begged him to get involved” says Alex – and on Valentine’s Day this year, as soon as they had their first ever practice together as a foursome, The Verse was born.

Edinburgh-based Kasey met Jack last year when she was working as a talent scout on The X Factor and he was at Boot Camp, and in addition to managing The Verse she has now written some songs for them.

The boys have also turned their hands to song-writing and are currently working on a song titled ‘Heart to Break’. Of all the songs they perform live, Alex’s favourite is another of their own compositions. “It’s called ‘Stations’. We all live miles from each other, and it follows the story of us all travelling to meet each other, several times each week, to rehearse.”

Setting out on their road to stardom, The Verse performed their first gig in March, then toured for the first time over summer, playing at BurtonFest and Shardfest.

Alex believes two factors have helped in the band’s burgeoning success: their friendships -“Going into a band, you all need to be good mates first for the dynamic to work. We didn’t expect to get on as well as we did. They’re all great guys” – and the support they get not only from family who help them get to gigs with all their equipment, but also from their audience – “They always help to promote our performances and it’s great to see so many faces when we play.”

Alex is also grateful to Stratford-upon-Avon College for teaching him to manage his time efficiently so he can combine playing in the band with his studies, and for providing support and advice. “The College has helped my confidence hugely. My course has definitely improved my stage presence which has been so important while we were touring over the summer.”

Where does The Verse go from here? The boys are clearly ones to watch and are already starting to mix in pop-band circles, having been introduced a few months ago to pop rock band The Vamps, for whom Kasey has also written songs. They have a meeting with The Vamps’ manager lined up for later this year, and are busy working with Kasey on a demo EP to give out to management companies. Alex is hopeful it will impress enough to get them signed to a label: “Kasey’s done it all before and really knows what she’s doing”

The band will appear at the Stratford Christmas Festival on 9th and 10th December, performing in the run-up to the Christmas lights being switched on, and are headlining a gig on 18th November at Queens Hall in Nuneaton – ticket sales are going really well and Alex is over the moon that the gig is already close to selling out. 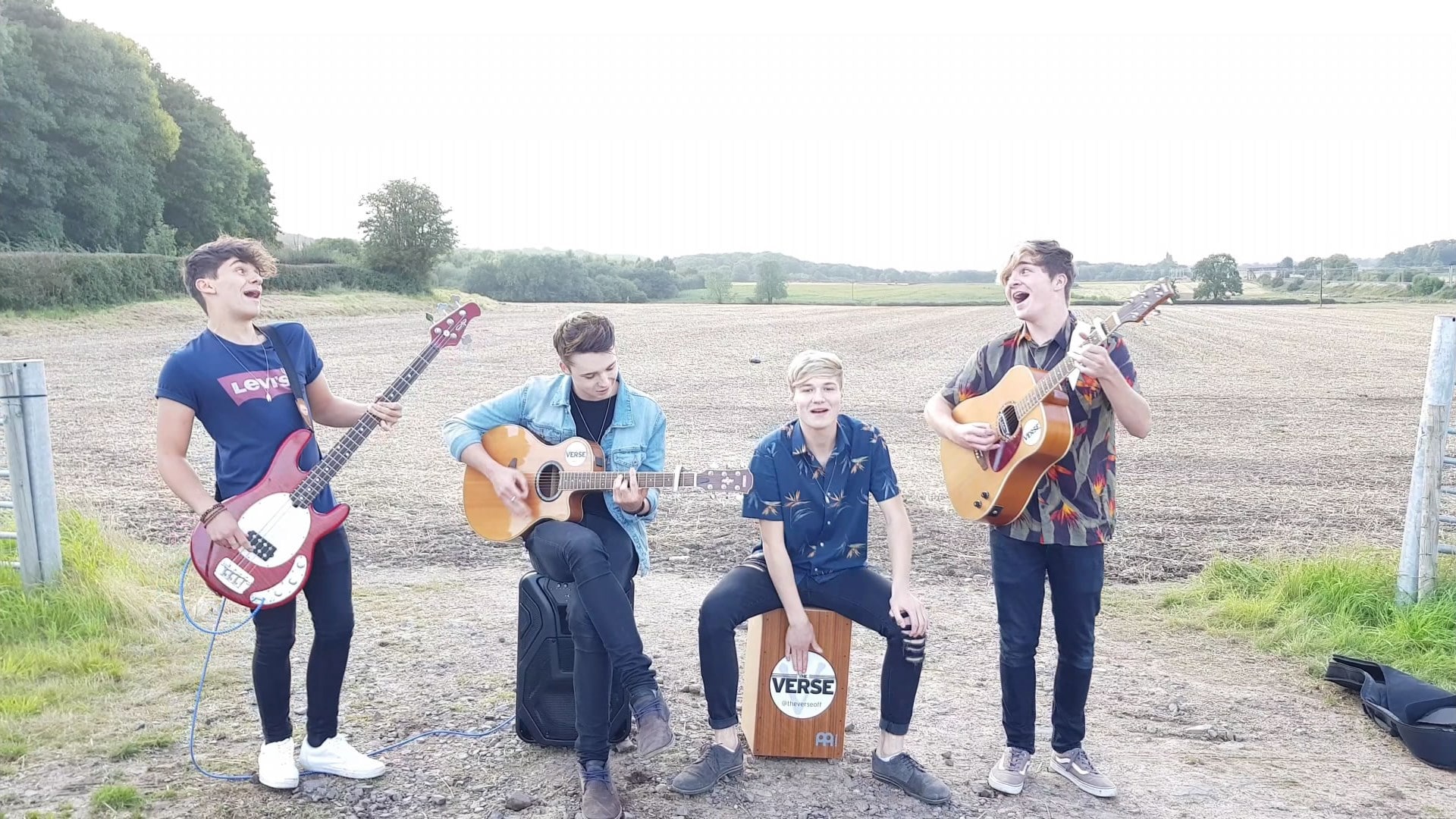