Computing & Emerging Technologies students at Stratford-upon-Avon College have put their computing expertise into practice and wowed their lecturer by creating animated short films.

Each year, IT learners complete an animation module as part of their College course, with Level 2 students tasked with creating a short film promoting healthy living to young people, and Level 3 students instructed to create a demo for a video game.

And this year’s cohort clearly embraced the challenge. Using the animation software programme Adobe Animate, they combined their imagination and creativity with the programming skills they had acquired during their lessons, with amazing results.

Level 3 student Robert Harvey, who designed video game demo Killer Maze, and Level 2 student Radaslaw Wolinski created such outstanding pieces of animation that they were both rewarded with Distinction grades for their projects.

Discussing the precision and attention to detail needed to produce animated films, Robert, 18 from Shipston-on-Stour, commented “I really enjoy a challenge and felt such a sense of achievement when my animation project was completed.”

You can view the students’ projects below.

IT lecturer James Smith is hugely impressed with the work his students put into their animated films: “They always put 100% into their efforts so I was anticipating some imaginative and technically remarkable results, but with these animated shorts they have exceeded my expectations.”

The College’s IT course provides students with a significant insight into the world of animation. As well as these short film and video game projects, the course allows learners to experiment with stop motion techniques and, as of next year, will include training in 3D animation. 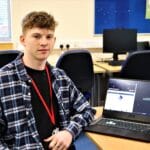 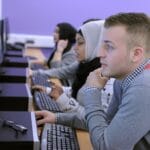 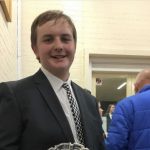