Jazzing It Up All The Way To the Final

Jazzing It Up All The Way To the Final

A former Stratford-upon-Avon College music student has made it through to the final of the BBC’s Young Jazz Musician competition.

21-year-old Elliott Sansom, who gained his Level 3 Extended Diploma in Music at the College in 2012 before going on to study for a BMus (Honours) Jazz at Birmingham City University’s Birmingham Conservatoire, has been nominated as one of the five finalists in the BBC Young Musician Jazz Award.

First held in 2014, this award runs in parallel with the BBC’s well-established classical music competition. The five finalists have already successfully passed a lengthy audition process, and in the final will be accompanied by the Gwilym Simcock Trio, who will also act as their mentors.

Originally from Solihull, Elliott comes from a musical family with esoteric tastes. Captivated by his mother’s and grandmother’s piano-playing, he started to play the piano himself at the tender age of five. Sixteen years later, he is now in the final year of his jazz course at Birmingham Conservatoire, having spent time as part of his studies on a placement at the Conservatoire de Paris and also in Germany, where he studied under the celebrated jazz pianist Pablo Held.

Elliott is fast gaining a reputation amongst jazz aficionados. He has not only collaborated with other Birmingham-based musicians, but also plays and writes with his Trio, alongside Billy Weir on drums and Ben Muirhead on double bass. Together with his older brother, he is even in the process of setting up a recording studio to enable him to develop his musical talent further.

Director of Curriculum James Maiden taught Elliott at Stratford-upon-Avon College. “I am delighted at Elliott’s success, although not surprised. Even as a teenager he showed a remarkable musical talent with a gift for improvisation and experimentation. I wish him the very best, not only at the finals next month, but also in what I am certain will be a highly successful career as a professional musician.”

After learning of his nomination, Elliott himself commented: “I’m thrilled to be in the final of such a prestigious competition and to be recognised for playing the kind of music I love. It’s a huge honour – I’m still trying to get my head round it! My time at Stratford College was instrumental in guiding me towards where I am today. The facilities were great and the staff were always incredibly supportive.”

Elliott credits all the College lecturers with providing inspiration and guidance. “They gave me confidence in my ability as a musician and helped me define the kind of musician I wanted to be.”

The final will take place on Saturday 12 March at the Royal Welsh College of Music and Drama in Cardiff, and will be broadcast on BBC Four. 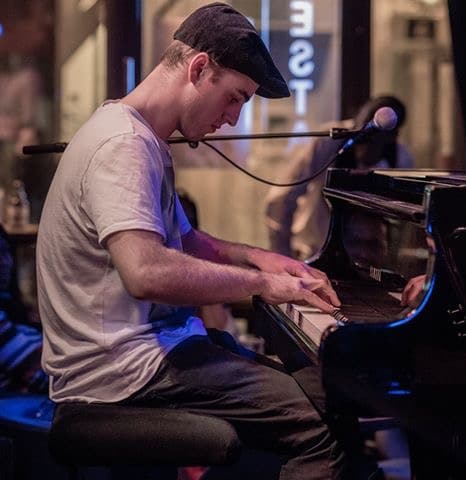