Ryan Shepheard recently reconnected with the College to share his impressive career journey. Ryan shared his passion for VFX and the industry as well as his desire to mentor young people. He comments: “I want students to know that I studied the same course as them at the same College and this is what I achieved. This is a path you can take too.”

Alongside his work as a VFX Artist for PlayStation London Studio, Ryan is passionate about mentoring students

Stratford-upon-Avon College wasn’t local to Ryan, but when searching the area for his perfect course, the College offered what he describes as “the best bang for buck”. He continues: “It was the ideal course as it was more focussed. The course offered practical experience in animation, modelling, graphic design, video editing, postproduction, and more. That’s the advantage of vocational courses – they are creative led. Plus, it included Games Design which is impressive because there weren’t that many courses doing that.”

Towards the end of his time at the College, Ryan decided he wanted to study Animation at University and found Teesside to be the ideal option. He reflects: “Teesside University had recently won University of the Year at the time and invested in their facilities setting up a motion capture suite which not many other Universities had. It was apparent that the tutors and lecturers were taking their time to mould the students up to be graduates of a certain calibre.”

Shortly after graduating, Ryan landed a job as a Junior VFX Artist. He explains: “VFX helps to show the cause and effect of something in the game world. For example, if something explodes in a video game there will obviously be a fireball, but also, we might shake, flash, or blur the screen to sell the intensity of the explosion. It’s about emoting a feeling and VFX aids us in doing that. As well as informing the Gamer of any important feedback. It’s both flashy spectacle and the visual design of information. Though my degree was in animation, I found a passion for VFX at university and my final project was centred around it which ultimately led me to my first role. I think it’s important for students to know they don’t have to make their mind up about exactly what they want to do. It changes and evolves and working on one project might reveal a passion for another area and you segue into those roles, I see it happening in the industry all the time.”

The role is varied and challenging, with creativity and imagination vital for success. Ryan explains: “I worked on a video game for Warhammer 40K and I had to make an effect for something called Death Strike Missile. It had never been made before and all I could base it on was a piece of text that read ‘The Death Strike Missile explodes like the core of a thousand suns and engulfs the battlefield in a holocaust of plasma’. I don’t know what the core of a thousand suns looks like! But I had to come up with what that might look like, so it takes a bit of creative liberty to sell these things.”

Ryan currently works at PlayStation London Studio, featured in the video above, as a Senior VFX Artist

Clearly passionate about his profession, Ryan explains how progression in the industry is a real possibility for those starting out. He shares: “What’s great about this industry is that it’s very close-knit and people approach you with job offers. I was headhunted for my role at PlayStation and the first project I worked on there was with the VR for Blood & Truth. I’ve now been here almost 4 years and it’s a great place to work as the structure is horizontal with everyone on the same playing field and the studio wants this kind of transparency.”

In his free time, Ryan enjoys mentoring and last year delivered a talk at Access:VFX to an audience of 400 which also included students. He explains: “VFX wasn’t as accessible when I was studying it and my intention is to help people realise that it is a career choice. Firstly, because I didn’t know it was and secondly, I can tell you first-hand that studios are always looking for VFX artists because there are not enough of us.”

The College eagerly awaits to see what ground-breaking VFX work Ryan does next! 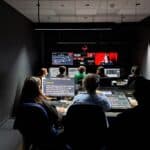 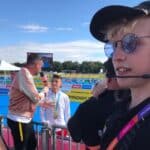 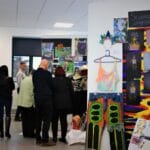 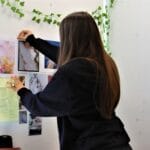