A new apprentice at Aubrey Allen Caterers is off to a flying start in his new career, learning all about this growing industry. Level 2 Professional Cookery Apprentice Conor Barron began his new job just three weeks ago but is already getting stuck in and taking on increasing responsibility within the company.

Conor, aged 20 from Kenilworth, decided on the apprenticeship training route after finding that university didn’t suit him. Having started studying Engineering at Cardiff University in 2015, he soon realised that he was enjoying neither the course nor the learning environment. He had, however, enjoyed cooking from an early age, so went to an open event at Stratford-upon-Avon College where they explained the opportunities available to apprentices.

“The job here at Aubrey Allen definitely looked the best. It was the first apprenticeship I applied for and I got it. I really enjoy it here and the people are all so nice. I do a lot of prep for the other chefs. Chopping potatoes, getting veg ready. It’s great to feel like part of the team even at this early stage. Although waking up 6am is still hard to do!”

Conor is already a valued member of Aubrey Allen, working alongside the other chefs. Russell Blackwell, Head Chef at Aubrey Allen is keen to stress that Conor is certainly not being treated any differently to another member of staff. “Kitchens are usually a fairly tight-knit affair. There’s a good camaraderie that goes on because you’re all working towards the same goal.”

This style of on-the-job training is much better suited to Conor. “I’ve always learnt better by doing things rather than sat in a lecture hall with someone talking at me. It’s a lot more personal too. Whereas at uni you don’t really get to know any of your lecturers, here everyone works as a close team. I love learning new things and learning news ways to get tasks done.”

Aubrey Allen is an events company so deals with catering on a large scale. According to Russell, the industry is growing and becoming much more diverse, with contract catering and hospitality catering coming to the fore – recently, in the same week, they catered for both a prestigious event at a Jaguar showroom and a private lunch for a board of directors in Birmingham, and there are opportunities to cater for major events such as Wimbledon and the Cheltenham Gold Cup. Aubrey Allen is not just responsible for the cooking; they take care of the menu planning and delivery planning too.

“It’s a massive logistical undertaking. Conor will get to learn that part of the business which is a real advantage. This experience as well as the other end of the scale – preparing sandwich buffets for parties for example – means that he is getting to experience the full spectrum of the industry.”

And Russell certainly feels that Conor has made the right choice and has a bright future ahead of him. “Assuming everything continues to go well, we’d welcome Conor to join us full time when the apprenticeship finishes.” 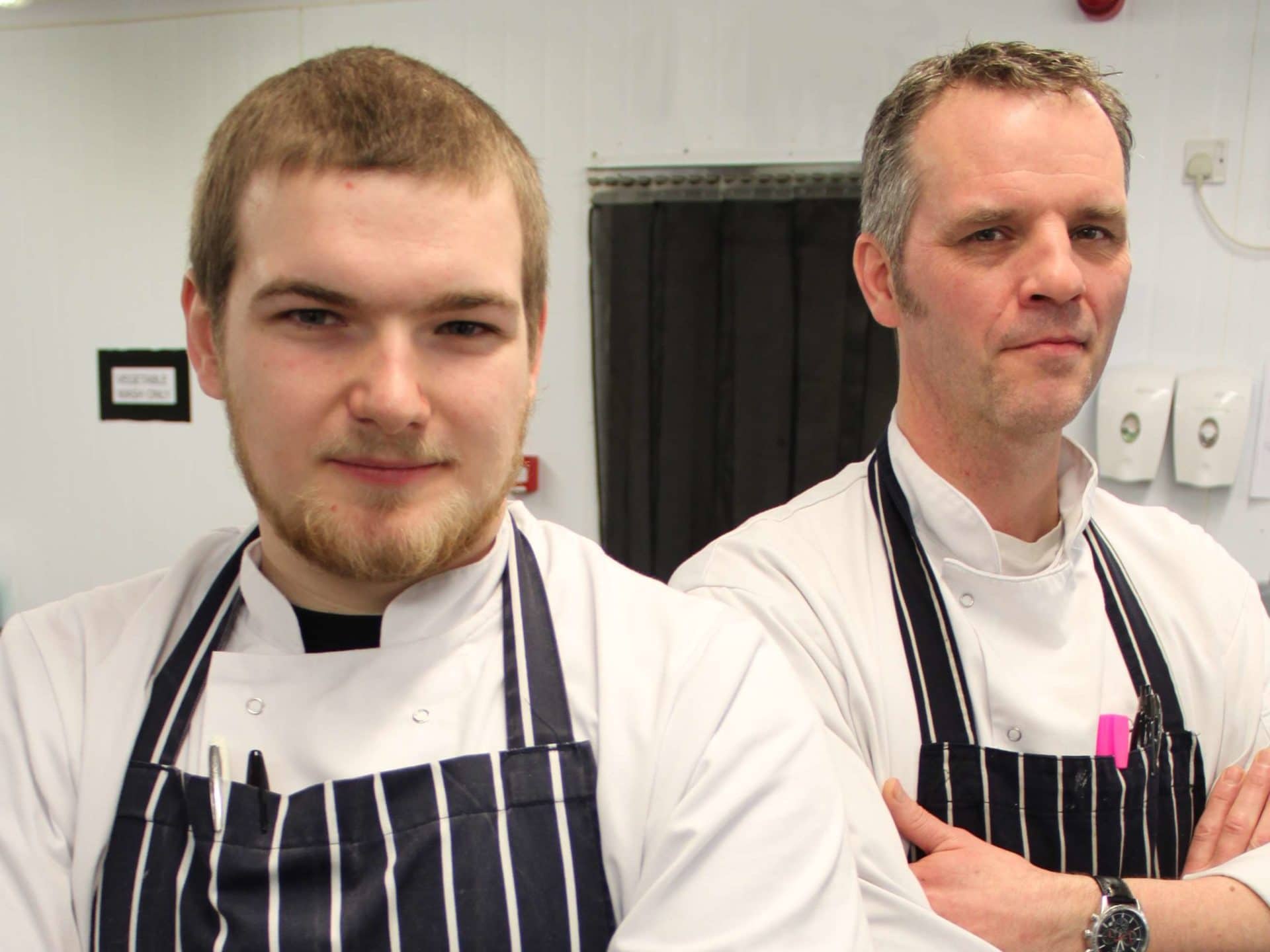